Single Object Tracking and Following by a Legged robot

The main equipment involved in our project, which allows us to process our research on.

By the development of new technologies such as computer technology and micro-electromechanical system technology, the research on legged robot has been gradually processed aiming at utilizing robots to replace humans in hazardous operations, logistics and other tasks. Legged robots have more advantages than wheeled and crawler robots, such as having more degrees of freedom, more flexibility and greater adaptability. The research field on the legged robot should not be limited to the research on legged dynamics, but also should include the study of perception and decision abilities.

The ability of percepting the surrounding environment, which can be achieved by computer vision algorithms and sensor fusion technology, has played an important role in realistic missions based on legged robots. This is the perception and decision research part of the whole legged robotics project. Our goal is tracking the interested moving target. 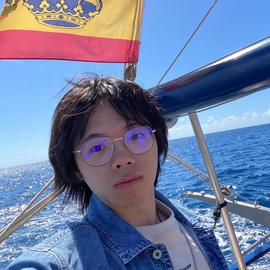